In past centuries, there was a time when any self-respecting man sported some sort of beard, but in more recent times, facial hair started to fade out of style around the same time as bell bottoms and vinyl.

However, there’s no doubting the fact that beards have made a massive comeback (as has vinyl, but that’s a whole another story) and are definitely fully in fashion at the moment—with men from all walks of life now proudly sporting full beards and other popular facial hairstyles.

Still, while beards on men’s faces may be considered super stylish and manly nowadays, it doesn’t mean that all facial hairstyles fall into this category, as it takes the right kind of man with the right kind of face to pull off the bearded look.

Not only that, but it also requires putting in the time to trim and shape the beard otherwise you run the risk of looking like a slob instead of adding some much-needed style.

The various types of beards and beard shapes of this present day and age are divided into two broad categories: short beard styles and long beard styles.

We have some great posts to help you out on this point including our assessment of the best beard trimmers and how to trim a beard.

So to help you in your quest for ultimate bearded manliness, we’ve put together a list of the best beard styles and how to achieve them.

In addition, we’ve also described the specific best beard styles that work well with certain face shapes, allowing you to find the style that matches both your personality and your face.

In these modern times, wearing a beard can be something like a badge of honor—provided you know how to do it properly.

So read on to discover the secrets you need to know to wear your beard with pride and look good while doing it.

Hands down full beard styles are some of the most popular beard styles, but also one of the hardest to pull off.

The full beard really only works for those men that have thick and full enough facial hair to provide total coverage.

The full beard typically requires less maintenance than other styles, but this doesn’t mean you can just let it grow, as there’s a fine line between a stylish full beard and an extreme epic beard (which very few men can properly pull off).

If you plan on going for the full beard look, you’ll definitely want to try to hair under your chin faded, as this will help keep it from looking too wild or unruly.

A number of bald men with beards go for the full beard (for obvious reason) with a clean-shaven head and still make it into the beard chart.

Keep in mind that when we say full beard, we’re usually talking about short to medium beard styles that fully cover the face—although the actual length of the beard is fully up to you.

This is basically the same thing as the full beard, except perhaps a bit more professional looking.

Whereas the full beard is typically an even length all over, the tight beard (professional beard) is usually kept trimmed a bit shorter, while still covering the entire face.

This beard definition suits men with beards that really do not want a full-blown beard.

With the tight beard, you’ll want to especially keep the hair on your cheeks trimmed short, but without changing the shape.

Basically, the tight beard keeps the natural shape of your facial hair (although you may want to touch up the lines).

This style is quite similar to the tight beard, except that it requires more trimming and beard cuts shaping on the cheeks.

Probably the easiest way to describe the short boxed beard is as a combination of the chin strap and circle beard, with tight lines on the cheeks and little to no hair below the jawline.

The reason it’s usually referred to as the box beard is that the cheeks are trimmed so that the hair around your mouth has a more square shape.

This style typically works best when kept trimmed short, meaning it will require quite a bit more trimming than some other men’s beards or men’s facial hairstyles, as the effect can quickly be ruined with even a minimal amount of stubble.

The chinstrap is probably one of the harder styles to pull off, as it takes a certain shape of the face and a man who’s willing to trim and touch it up several times a week.

The chinstrap beard is basically a line of hair that follows the jawline all the way across the face.

The actual width of the line is a matter of personal preference, but we can definitely recommend not going too skinny, as a pencil-thin chinstrap is surely one of the hardest looks to pull off properly.

With the chinstrap, you’ll need to keep the cheeks and chin bare and you’ll probably also want to keep the sides faded to prevent it from looking like the Amish beard.

Many men continually confuse the circle beard with the goatee, as a goatee only refers to a patch of hair on your chin while a circle beard is a combination of goatee and mustache.

If you’re considering a goatee, we’d definitely recommend trying out the circle beard first, as the true goatee basically went out of style in the 90s.

The reason it’s called the circle beard is that it is basically an unbroken circle (or square) of hair that fully surrounds the mouth.

Still, the length and width of the circle is a matter of choice, as some men look great with a highly stylized and well-trimmed circle beard, while others look better with a wider, rounder, and longer style.

This is one style that often drives the women wild, as it screams ultimate manliness—making it look like you’re so masculine that no amount of shaving will ever keep your face smooth.

That being said, it still takes a bit of effort to pull it off, as there’s a fine line between looking stylishly unkempt and slobbish.

This style requires a good beard trimmer, as you’ll first need to let your hair grow for a few days, then keep it trimmed up using a short guard.

If you want to go for the five o’clock shadow, we recommend trimming every day or so (depending on how fast your facial hair grows), while the permanent stubble looks only need to be trimmed two to three times a week.

While we probably wouldn’t recommend this style for most men, there is nonetheless a subset of guys who can pull this one off and look good while doing it, and is considered one of the best beard styles.

Although you could be forgiven for thinking that this style requires no maintenance, all but the most extreme epic beards will still need a bit of trimming periodically to keep them from looking too wild or unkempt.

In addition, we definitely recommend investing in a quality beard oil and comb, as this will go a long way towards keeping your face and beard healthy and preventing your beard from getting too out of hand.

Best Beard Styles: Understanding the Shape of Your Face

Whether you spot a stubble beard, a beard without a mustache, or even a beard Stache, either way, these different beard styles depend mainly on the face of your shape among other personal preferences.

Looking your best in a beard is really all about the shape of your face, as it’s important that you choose a style that will accentuate your good features (or hide your bad ones).

Unfortunately, not all faces are created equal, as some men can pull off almost any style, while others of us are more limited in our choices.

So, the first step towards choosing the best beard styles is to understand how the shape of your face affects how your beard will look.

We’ve provided recommendations about beard styles men look good on that align with the shape of their faces.

However, keep in mind that these are basic guidelines, as the only way to know is to let it grow.

In addition, your hairstyle will also play a part in how your various best beard styles look, so keep that in mind as well.

While some men prefer the mustache and goatee or mustache and beard types of beard, others want to rock a scruffy beard style – ideally, it all comes down to personal preference for guys with beards.

No matter what best beard style you choose, the most important part is to wear it with pride and confidence.

The next most important thing is to properly maintain your beard and keep it looking nice and healthy by using quality beard oil or in many cases, preferably one of the top beard balms.

Please let me know if you have any questions or comments in the box below.

I will do my best to address them personally or find another expert who can. 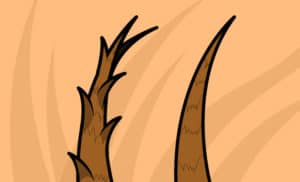 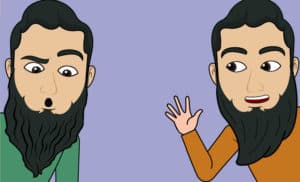 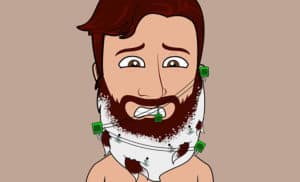 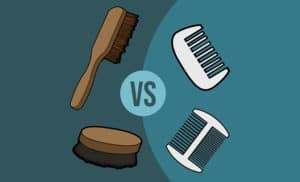 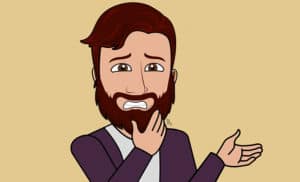 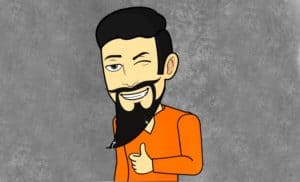 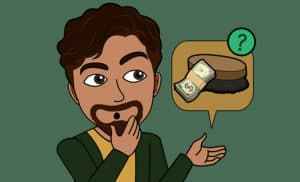 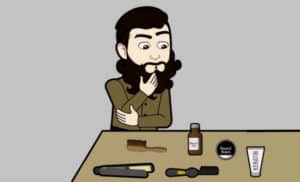 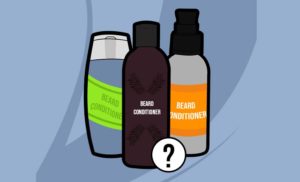 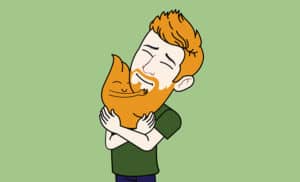 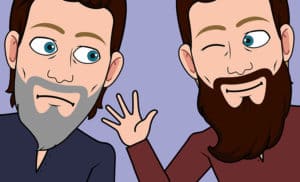 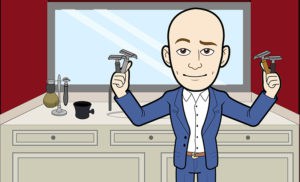 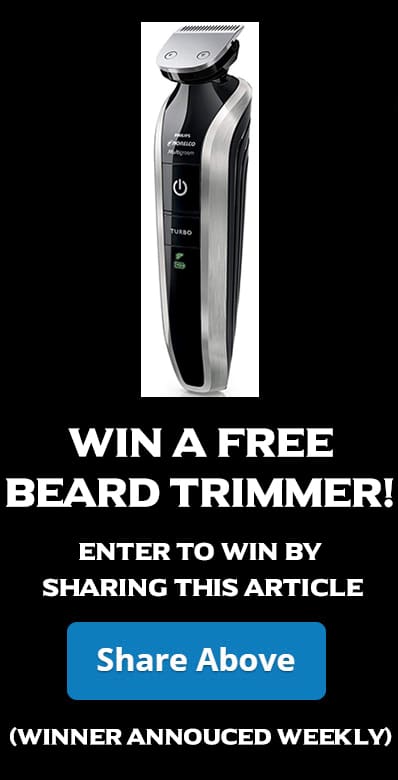